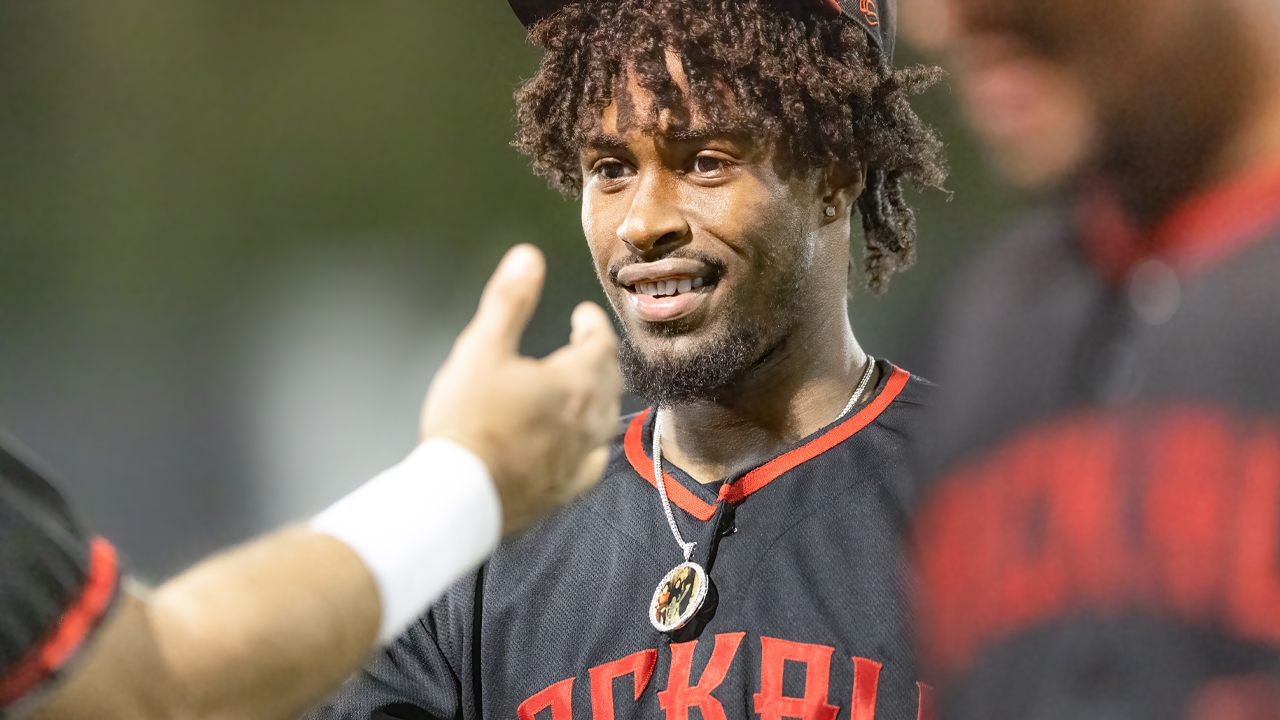 Posted at 15:04h in Jackals News by NJ Jackals
Share

It was one for the record books. And it knocked an arch-rival out of the playoff race. And it was on the road in front of a hostile crowd. And it was a 150-pound pitcher with a modest record and an even more modest ERA.

But, forget all of that.

This was bigger than mere statistics. This was a gem. This was a real beauty. This is why people love baseball.

A 27-year-old from Loma de Cabrera in the Dominican Republic, Jorge Tavarez does not look especially threatening with his 5-foot-10 pound frame wiggling and rattling through his windup, and with his 8-4 record and with his 4.70 ERA.

But, forget all of that.

On a baseball-perfect night at Skylands Stadium on Friday night, Tavarez delivered the pitching performance of the year for New Jersey, tossing a nine-inning no-hitter with 16 strikeouts to break the hearts of the Sussex County Miners and eliminate them from playoff contention in the final weekend of the regular season.

From his first pitch to his 147th and final pitch, Tavarez was clearly in charge and clearly operating on a different plane than everyone else on the field on this magical night in Frankford Township. His only stumble came in the bottom of the third inning when he walked four straight batters to hand the Miners their only run of the game in what turned out to be a 7-1 Jackals victory.

Other than that, the slim righthander almost seemed to be toying with the batters, mixing hard stuff with breaking balls and earning strikeouts on both helpless swings and on called strikes.

When a close pitch was called a ball, Tavarez would smile and take a few steps off the mound. Nothing seemed to bother him. Not even those four straight walks, which he shrugged off and went right back to his strikeout regimen.

Of course, strikeouts are nothing new for him this year. In fact, he wound up leading the league with 142 Ks, topping Tri-City’s Joey Gonzalez, who finished the year with 128.

Tavarez began the season in the New Jersey bullpen, but moved into the starting rotation after two relief appearances. In his first start against the Gateway Grizzlies, he worked 6 1/3  innings and gave up six earned runs. But he also tossed 10 strikeouts. And, that would be his routine for most of the year – he gave up some runs, but he could also dominate, striking out 12 Miners in six innings on July 3, and striking out 10 in five innings against Ottawa on June 17.

But, he saved his best for last, just when the Miners needed to beat him to keep their narrow playoff hopes alive.

All year long, the temperature always went up a notch or two when the Jackals and Miners met up on the diamond, but this final three-game series on the final weekend of the schedule was the ultimate.

The Jackals had already been out of the playoff race for at least several weeks, but the Miners were right in the middle of the East Division battle. Sussex County needed to win at least two over New Jersey, and even then would need help elsewhere. A sweep by Sussex would not have guaranteed them a playoff spot, but then they would have needed less help – maybe just some luck.

The Miners entered the weekend with a league-leading 198 stolen bases, approaching the all-time league record of 204 steals in a season. But, with Tavarez mowing them down on Friday night, it was a rare box score that showed Sussex without a single stolen base. They made up for that in a 5-1 fireworks victory on Saturday night with five steals. With Sunday’s game cancelled, however, that was it – the Miners finished the year one steal short of the record with 203.