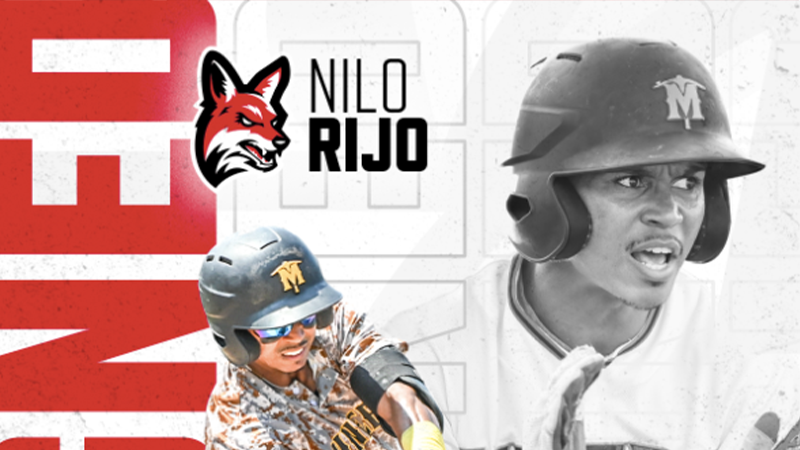 Posted at 20:21h in Jackals News by Reed Keller
Share

Little Falls, NJ — The holidays are upon us and for the Frontier League, that means taking the first steps towards building a championship roster for 2023. The Player Option deadline has come and gone, in which teams exercise a clause in Frontier League contracts that allows them to retain a player’s rights. Now comes the Hot Stove Season of signing free agents who had their options declined, or come from other leagues, as well as trading players between FL teams as managers look for the right mix to hoist the Championship Trophy in September.

The New Jersey Jackals made the first of such moves that are sure to excite fans during the inaugural season at Hinchliffe Stadium. Utility player Nilo Rijo was acquired from the Sussex County Miners in a November trade and has become the first Jackal to put pen to paper on a 2023 contract. Rijo is a familiar name to Jackal fans, having spent the last two seasons playing for new Jackals President Bobby Jones in Sussex County and the year before that for the Rockland Boulders in the All-American Baseball Challenge.

Rijo is a familiar face to the area as well, graduating from Passaic High School before matriculating to Rowan and spending a season in the Red Sox system. He hit .271 with 15 doubles and 22 RBI last season and absconded with 34 bases in 45 attempts, a 76% stolen base success rate.

His 2021 season was cut short by injury, but Rijo remained around the Miners, bringing a bright smile and upbeat attitude as they made a playoff push that came up just short. “Nilo’s a versatile player and a local guy, which is exactly what we’re looking for as we make this team a part of a new community,” said Jones. “He’s got a bright future and we’re excited to have him.”

Rijo’s versatility includes being able to slot in anywhere on manager P.J. Phillips’ batting order and playing Gold Glove caliber defense at a multitude of positions. As the calendar moves to 2023 the Jackals will announce other roster moves and information about the inaugural campaign at historic Hinchliffe Stadium.