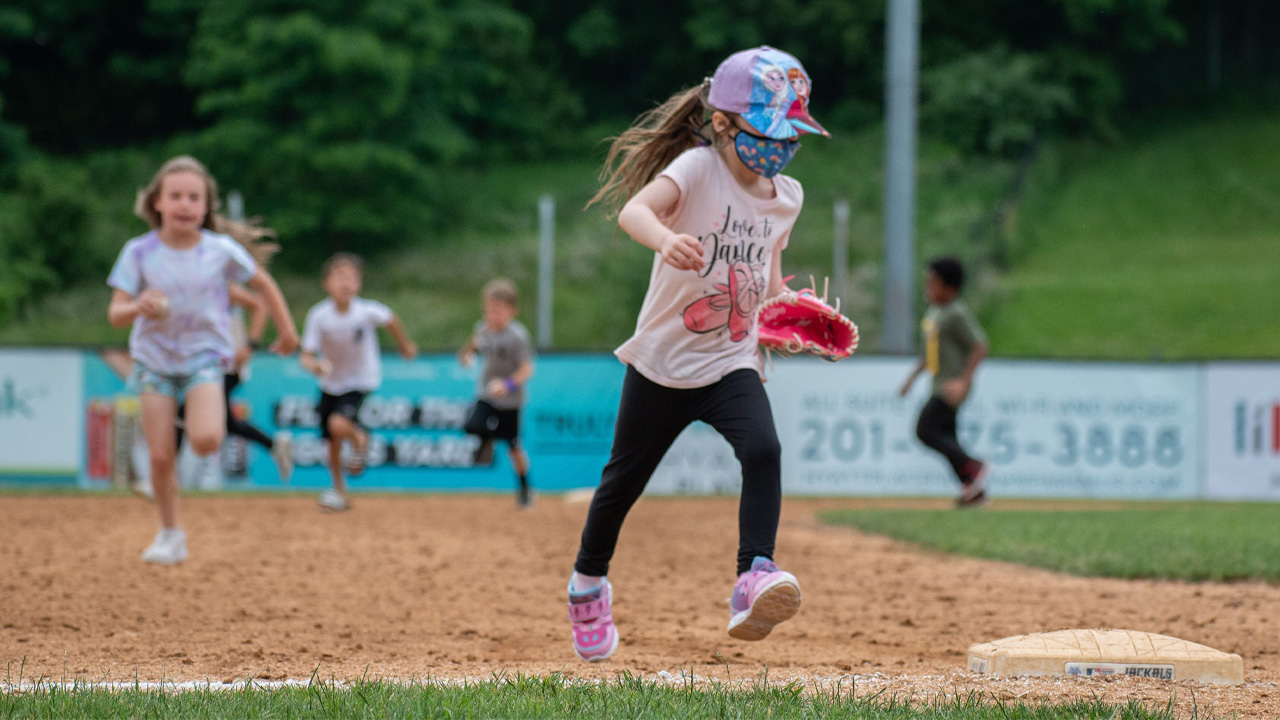 Posted at 11:53h in Jackals News by NJ Jackals
Share

Little Falls, NJ – It was another hot and sunny Waggy Wednesday at Yogi Berra Stadium, where the New Jersey Jackals gained another walkoff victory, 5-2 against the Quebec Capitales in the second game of the three game series after a 11-5 win last night.

The Jackals got off to a rather slow start, with the Capitales scoring 2 runs in the top of the first inning: the first scored on an passed ball and the second on a solo home run by Quebec catcher Jeffry Parra.

The Jackals were held scoreless for the first three innings but managed to pick up the pace in the bottom of the fourth when Trevor Abrams doubled and scored on a fielders choice by Dalton Combs. The bottom of the fifth started promisingly as well, as the Jackals were able to get Alfredo Marte and Jason Agresti on base and then loaded the bags when Joe Simone was hit by a pitch with no one out. Marte scored on George Bell Jr.’s RBI sacrifice fly, but the Jackals would run themselves out of the inning. A wild fielders choice by Abrams led to Agresti being thrown out at the plate and Simone being tagged out on the third base line.

Tied 2-2 at the bottom of the ninth , the Jackals immediately put Quebec in hot water with Combs placing a beautiful double into the right centerfield gap. After two strikeouts by Wylie and Josh Rehwaldt, Franklin Parra fell behind Alfredo Marte in a 2-1 count. Quebec opted to intentionally walk Marte to face Agresti, the second time in two games they’ve made such a call. Agresti worked the count to 2-2 before lofting a fly ball to right field that kept carrying over the wall for his fifth round-tripper of the season and first walk off hit, giving New Jersey a 5-2 win.

The Jackals will look to sweep this series tomorrow night here at Yogi Berra on another Thirsty Thursday, with first pitch scheduled 7:05pm. Tickets are still available at jackals.com or by walking up to the box office.