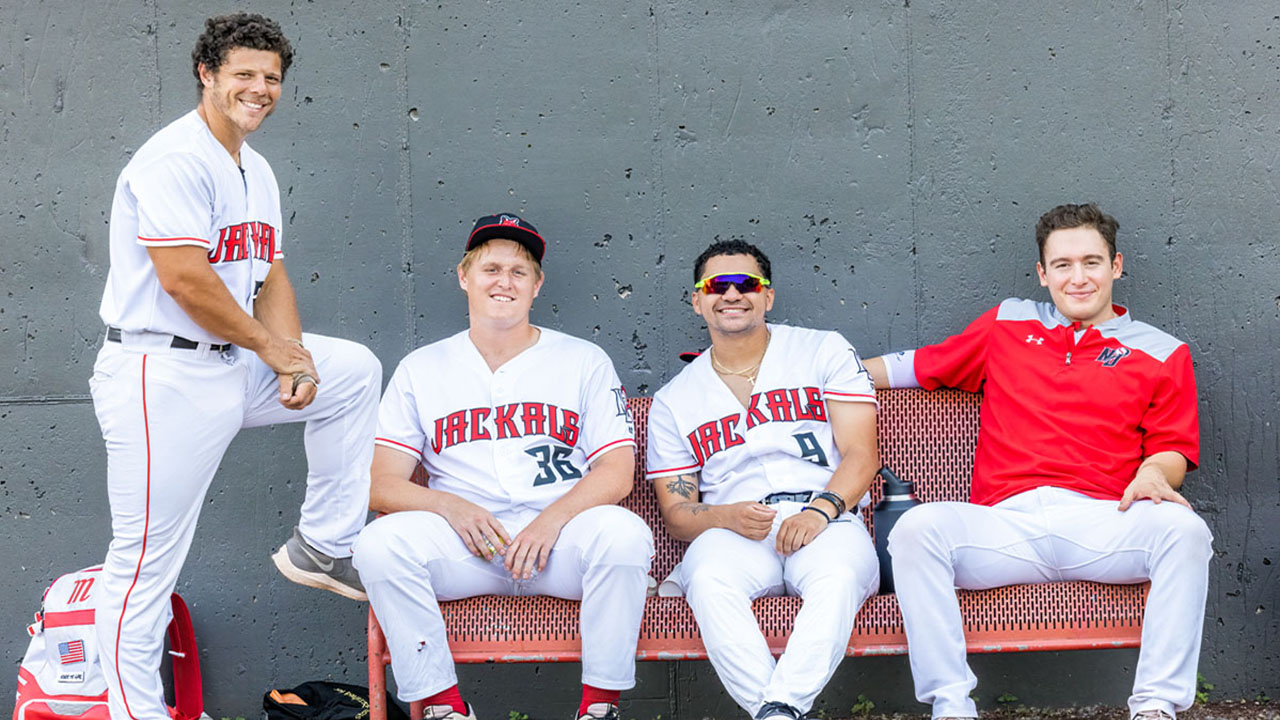 Posted at 20:34h in Jackals News by NJ Jackals
Share

The baseballs were flying all over the place at Yogi Berra Stadium in 2022 as the Jackals led the entire Frontier League in team batting average. They were also No. 2 in the league in hits, No. 3 in runs, No. 3 in home runs, No. 3 in RBI, No. 3 in Slugging Percentage and No. 4 in doubles. And they struck out less than any other team in the league.

Dalton Combs finished second in the league with a .354 batting average, Josh Rehwaldt was third in the league with 29 home runs and four Jackals players were in the league’s Top 10 in RBI. A total of seven Jackals batted .300 or better. Right behind them were Alfredo Marte, who batted .295 with a team-high 82 RBI and ironman catcher Jason Agresti, who started 84 of New Jersey’s 94 games and batted .287.

So, how does a team with all that firepower drop out of the playoff race in midseason and end the year 45-49 and in sixth place in the eight-team East Division standings, just a half-game ahead of the seventh-place team?

In a strange way, the answer to that question can be found in all those glowing statistics. See anything about pitching in all those pretty numbers? See any mention of pitching?

While the Jackals entire lineup was smacking the ball around from opening day to the final weekend, solid pitching was hard to find. Manager Brooks Carey sent an amazing total of 40 different men to the mound this season, all resulting in the league’s third-worst team ERA of 6.00 – better than only Trois-Rivieres and the homeless travel team, the Greys. By contrast, league-champion Quebec used 21 pitchers who combined for a league-best 3.47 ERA.

Jorge Tavarez was the one show-stopper on the Jackals staff. The 27-year-old Dominican righthander would post a modest 9-4 record and an even more modest 4.58 ERA, but he was Mr. Excitement in most of his team-leading 18 starts, leading the entire league with 142 strikeouts. He ended the year with a bang, tossing a nine-inning, complete-game no hitter with 16 strikeouts in the final weekend of the season to knock the Sussex County Miners out of playoff contention.

Angelo Baez moved from the bullpen to a starting role on July 1 and did a good job, winding up starting 12 games with a 7-5 record and a 3.89 ERA, notching 81 Ks vs. just 18 walks. After Tavarez, though, the next most prolific pitcher was Leonardo Rodriguez, who had a 5.43 ERA in 15 starts. Hayden Shenefield made eight starts with an ERA of 11.40, and, after that, was a litany of hurlers who started seven games or fewer, beginning with Yasel Santana (2-3, 5.50 ERA) and Nicholas DeSalvo (1-4, 6.16 ERA).

Once Baez became a starter, New Jersey was left with two excellent relievers in the pen, but the trouble was trying to get them into games before the scores were already getting out of hand.

Hansel Rodriguez, a 25-year-old righty, had played seven seasons of minor-league ball for the Blue Jays, Padres and Angels before coming to Little Falls this year, and he emerged as a Jackals standout, making 35 relief appearances and posting a 3-1 record with a neat 2.05 ERA. The other dependable force coming out of the bullpen was Jose Ramirez, a 32-year-old veteran who’d played five years in the Major Leagues with the Yankees, Mariners and Braves. He made 21 relief appearances this year, going 4-3 with a 3.00 ERA and 48 strikeouts vs. 13 walks.

Then, of course, the Jackals made their biggest news of the year a week after the season ended, with the team making the announcement that it will be moving next year from its 25-year home on the campus of Montclair State University to the newly renovated historic Hinchliffe Stadium, in Paterson, a National Historic Landmark that was home to Negro League teams in the 1930s and 1940s.